Dongling Group focuses on learning the spirit of General Secretary Xi Jinping's series of speeches, strengthening the "four consciousness" and strengthening the "four self-confidence". Adhere to the study and implementation of general Secretary Xi Jinping's series of speeches, the spirit of the 19th National Congress of the Party, the 19th Central Committee of the Party, the spirit of the fifth Plenary Session of the party, as enterprise staff thought guidance and party cadre training education compulsory courses. According to the arrangement and arrangement of the party organization at the higher level, the Party Committee of the group has issued a series of relevant documents and relevant learning materials to all party members.

Faced with the sudden outbreak of the epidemic this year and various severe external development environment, the Party Committee of the Group has carried out a series of related activities. "Keep up with the pace of The Times", "take a good direction, refuse pessimism" and other themed educational activities, to gather entrepreneurial morale and encourage development confidence; "Full moon Mid-Autumn Festival, dream circle east ridge", "ninth Double Ninth Festival, long respect for the elderly" and other theme party day activities, eulogize the beautiful new life; "Learn to be grateful, know how to cherish", "build a beautiful village, start from me" and other villagers morality lecture hall, for the development of the enterprise gathered more strength.

With the rapid expansion of enterprises and the spread of party members throughout the country, how does the party's management reach every corner? Group party committee timely put forward "where is the business development, party members go to where, where" party will follow up the work of the initiative, flexible setting organization, break bulk, region segmentation, and let the party construction into a line, go deep into the each party member, implements the party organizations at the grass-roots level to a line of the party members' education lead full cover, vividly reflect the group's first secretary of the party committee li black comrades remember "will not only bring people rich, but also bring people" requirements, effectively promoted the healthy and orderly development of the enterprise.

First,highlight the backbone training.At the beginning of its establishment,the Party Committee of the Group put forward the management idea of"cultivating the backbone of the enterprise into party members,allowing front-line workers to be close to activists and outstanding people to be close to party organizations",while adhering to the standard of"having both ability and political integrity and putting morality first".For a long time,always adhere to a high level of party members,love a point,excellent party members to bear the burden,for the position,vigorously cultivate reserve force.At present,90 percent of the group's senior and middle-level leaders are Party members,and 80 percent of its professional and technical backbones are Party members.
Second,party member education should be highlighted.We will strictly implement the party members'organization and living system,insist on holding lectures every Saturday,and organize party members to go to Jinggangshan,Yan'an,Zhaojin and other revolutionary holy places to learn the history of Party building at appropriate times,feel the deeds of our ancestors,and educate and guide party members to enhance their awareness of party spirit,cherish their posts,and devote themselves to their work.

The third is to highlight the first to strive for excellence.Over the years,party organizations at all levels of the group(village)have successively carried out"double commitment,double openness,double appraisal"and"double action and double increase"(to be excellent Party members,add luster to the Party flag;Do good staff,efficiency for the enterprise),the"four haves"(key positions have a party member,difficulties have a party member,crisis has a party member,assault research of party members),the"have-nots"(jobs without accidents of party members,party members post no defective goods,jobs without waste of party members,party members jobs without discipline),"the party member XianFengGang"and so on were the first to fight for their superior activity,stimulate the creativity of party member's pioneer consciousness and continuously,make the party building and production and operation of blending more tightly.
Fourth,highlight commendation and encouragement."The party committee of the Group has always insisted that it should not only provide party members with seats in politics,but also with income in economy."Every year,the Party Committee of the Group has always insisted that it should set up a certain amount of funds to hold a grand meeting to commend and reward outstanding party members.On July 1 this year,the Group awarded the honorary titles of"2019-2020 Advanced Grass-roots Party Organizations"to five grass-roots party organizations including the Northwest Branch of China Internal Trade Corporation,and the honorary titles of"2019-2020 Outstanding Communist Party Members"to 42 comrades including Chang Le.In recent years,the group party committee received the application to join the party multiplied,everyone envies the party members,to the party members of the good atmosphere has been formed.

Fifth, highlight the typical demonstration. In Dongling Group, more than 2,600 party members have "acted as pioneers, set benchmarks and set examples", playing a pioneering and exemplary role in their respective posts, promoting the vigorous development of the enterprise, and also letting the Party flag fly high above Dongling. Group party committee actively organize the staff and members learn excellent party member advanced deeds, and really set up a cadre a benchmarking, a banner of party members, played the party member cadre's cutting edge exemplary role, make the group got the employees, party members, party construction and the full affirmation of the society, for the group development play a positive role in driving.

While strengthening itself, the party committee of the group also pays attention to foreign exchange and study. In recent years, provincial governments, financial institutions, universities, social organizations, media and other units have visited and exchanged with each other for many times. Party Committees of the Group actively carry out party-building exchange activities between government and enterprises, banks and enterprises, tax enterprises and media enterprises, conduct in-depth exchanges and interactions with party organizations at all levels, absorb excellent experience and ideas of party building inclusive of foreign countries, and actively carry out party-building activities to explore new models of party-building and development.

It is worth mentioning that in May 2019, the group of the party committee and shaanxi, baoji tax official party building "double build double to promote" activity initiated and promote "built" double double base opening ceremony held smoothly, the two sides in the later have organized three thematic party day activity, through the party "double build double to promote" campaigns, further realize ShuiQi fusion development, set up enterprise party construction cooperation platform, set up "tax enterprise to build the party business integration" long-term mechanism, in the mutual exchange learning experience of the party building at the same time, provide enterprises with accurate policy support and quality tax services, to ensure that the central deployment for full implementation of "tax cuts JiangFei". Driven by party building, the Party Committee of the Group leads the reform and innovation development, making it a powerful force to promote the enterprise's higher quality, more efficient and more sustainable development. 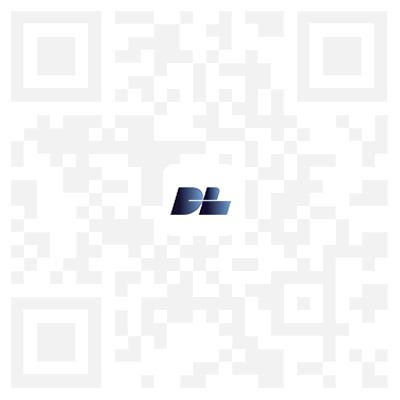